Dawsons Fuels » Knowledge » Is smokeless coal bad for you? 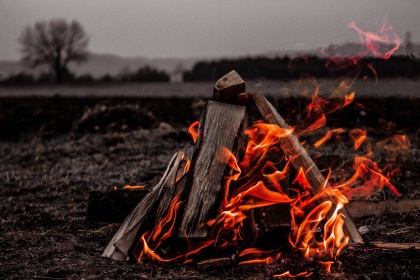 Is smokeless coal bad for you?

There’s a common misconception that smokeless coal is bad for you due to the lack of smoke. This is because people believe the lack of smoke is due to a load of nasty chemicals that are supplemented within the coal that are harmful to their health and the environment.

However, this is simply not the case! Smokeless fuel is actually far better for you, your appliance and the environment due to a whole host of factors that we’re about to teach you about. Dawsons Fuels are leading suppliers of coal and fuels for open fires, stoves and other appliances and we have years of experience in the fuel industry.

After supplying all forms of coal and fuel to a range of customers for many years, we have gained expertise in coal and smokeless fuel alternatives. With this knowledge, we aim to provide people with open and honest advice to ensure they can find the perfect fuel solution for their home, business or appliances.

What is Smokeless Fuel?

Before we delve into all the benefits of smokeless coal and answer the burning question, we thought it would be beneficial to explain what exactly smokeless coal is to help you get a better understanding of this smokeless fuel alternative.

Smokeless coal is a fuel that emits roughly less than 5 grams per hour of smoke when burnt. This equates to 80% less smoke and 25% less carbon dioxide than standard fuels. These factors combined also means that smokeless coal can burn for some hours longer than other fuel types.

What Makes it Smokeless?

Anthracite-based coals such as smokeless coal give off fantastic heat output without producing thick smoke. This is due to the very high proportion of carbon found in smokeless coal (usually over 97%) and the absence of volatile materials.

The absence of thick smoke can pose some great health benefits to households, making smokeless coal a great option for families with young children or elderly members. This means that smokeless coal is NOT bad for you, your house or your appliances!

The Benefits of Smokeless Coal

Now we’ve uncovered the truth about smokeless coal, let's talk benefits. Smokeless coal has benefits by the bag full, making it a great choice for households who want to get the most out of their fuel.

Some of the main benefits you can expect from a bag of smokeless coal include:

Heat output - smokeless coal has a fantastic heat output. This is due to the hard, shiny material of the anthracite that is found in smokeless coal. It burns with great efficiency and has a much stronger heat output in comparison to other fuels. This outstanding heat performance makes smokeless coal a perfect option for people looking to warm up an open space.

Efficient - due to smokeless fuel’s ability to burn brighter, stronger and longer than other fuel alternatives, it makes it a fantastic money-saving option for households. Whilst the initial bag may cost you slightly more, you’ll find yourself replacing your coal far less often as it can burn for longer, offering you a more cost-effective fuel solution without compromising on quality.

To summarise, smokeless coal is not bad for you. It does not emit any hidden, toxic fumes into the air and the lack of smoke is actually incredibly beneficial to your respiratory system, the environment and the health of your appliances.

If you’re an eco-conscious family looking to do their part for the environment and reduce their carbon footprint whilst still being able to use their stoves and fires, smokeless coal is an ideal option for you.

We have a great range of smokeless coal available at Dawsons Fuels, as well as a whole host of other fuel options to help households across the UK find the perfect fuel solution for their home. Feel free to contact a member of our team today if you have any further questions about smokeless coal and if it is the right fuel choice for you.

Guides
Fuel Logs vs Wood. What's Better for Me?

Blogs
What Is a Fuel Stove?